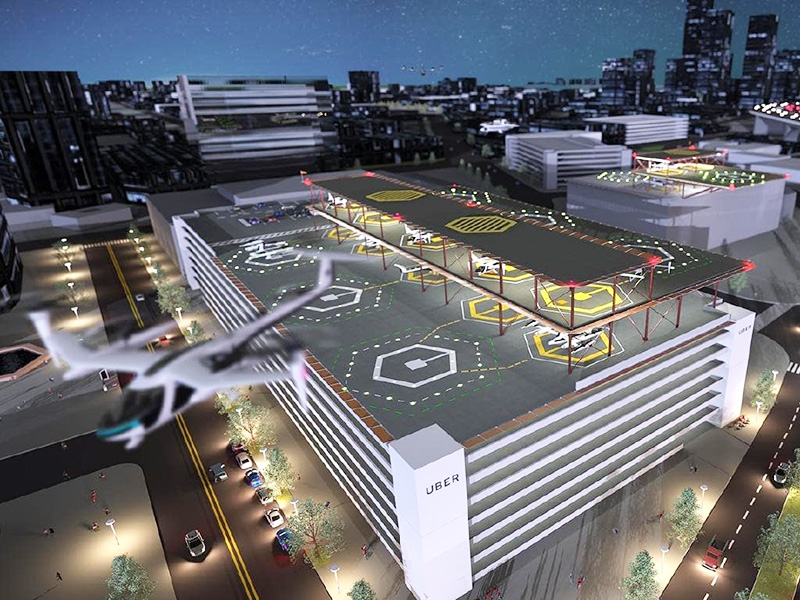 The news this week that Melbourne will be one of three cities around the globe to pilot Uber’s newly announced flying taxi service has certainly got people talking. What many people may not have considered, however, is how the introduction of this service could impact on property prices and where Melbourne residents choose to live in the future.

In case you missed it, Uber has announced that it plans to begin test flights next year for a service where electric-powered VTOL aircraft, (vertical take-off & landing), would ferry commuters between ‘skyports’ located at the top of city buildings and in key locations such as an airport. Known as Uber Elevate, the services are scheduled to begin in 2023. Your ride would be booked through the Uber app and would initially be flown by a commercial pilot, although Uber says they plan to phase in pilotless technology in due course.

Uber Elevate have said that the route between Tullamarine Airport and the city would be one of the first targeted, as the 19km trip could be cut from one hour on the road to just 10 minutes by air. However, if the service takes off, (no pun intended), you could imagine people living on the lower half of the Mornington Peninsula or along the Surf Coast willingly paying a premium to be able to commute to the CBD in less than 20 minutes.

This is where questions about the impact on our property market begin to arise. For example, Geelong’s median house price is currently around $539,000 compared to Melbourne’s $800,000. If travel time to the city could be cut by 80%, whilst the lifestyle benefits remain untouched, there is every chance that this price gap could close significantly.

There are clearly a number of pros and cons to this plan. Whilst reduced travel times and the ability to avoid car accidents and road works would be an obvious plus, questions remain about noise, particularly under flight paths, not to mention the placement of sufficient skyports to service an unknown level of demand.

Assuming Uber can sort of the technology issues of a service like this, it won’t be long before we start seeing the residents of the outer suburbs, coastal and regional areas lobbying for a local skyport. Add to this the likely rise of driverless cars and the ability to work remotely and we are likely to see more people choosing “lifestyle” over proximity to work, which could be a boon for property in outer areas and along the coast.

Remember, if you have any questions about the property market in general, or your own home in particular, you can call the Customer Service team at Ian Reid’s Vendor Advocates on 9430 0000.